Windows XP End of Life is near! How can you prepare?

Orange County Computer INC. > Newsletters > Windows XP End of Life is near! How can you prepare?

Windows XP End of Life is near! How can you prepare?

Second Reminder: Windows XP End of Life is coming near. On April 8th, 2014 Windows will stop all support for XP and leave your system vulnerable to security threats. 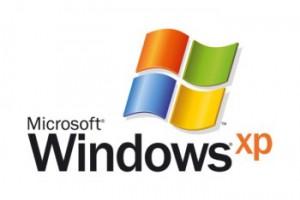 Window’s Xp was released in  2001. This outdated platform is still a mainstay in both homes and small businesses.  Traditional support was discontinued back in 2010 and is operating on borrowed time.

Discontinuing all support for XP includes the Extended Support for XP. Which was implemented back on April 14, 2009 to give users more time to upgrade to a more technically relevant Operating System, such as Windows 7 or Windows 8. For devoted XP users or those working with older software applications that require Windows XP Windows 7  does have the “XP Mode” feature. Discontinuing all support also means that there will be security risks to operating Windows XP. Microsoft’s Stephen L Rose revealed , “On April 8, 2014, security patches and hotfixes for all versions of Windows XP will no longer be available. So bottom line, PC’s running Windows XP will be vulnerable to security threats.”

“Furthermore, many third party software providers are not planning to extend support for their applications running on Windows XP, which translates to even more complexity, security risks, and ultimately, added management costs for your IT department if you’re still managing Windows XP environments.”
Microsoft’s decision to discontinue support of this operating system clears the path for increased sales of Windows 7, Windows 8, and Windows 8.1 Operating System as consumers realize that security breaches and other vulnerabilities pose much greater a threat when looking at the big picture here.

At the Orange County Computer® Tech Repair Center, we have seen an increase in client web browsing difficulties using Internet Explorer, and consistent security breaches. These are just the start of the many issues to come in the near future. We are urging customers to upgrade to Windows 7 or Windows 8.1  if entirely possible.

For further information or guidance on what you or your company should do in preparation of this day, contact a member of our Technical Support Team at (949) 699-6619 and we will work with you to formulate an upgrade.