As the world moves further and further into the cloud, securing the cloud becomes increasingly important. There are an uncountable amount of security protocols which are constantly improved and reinvented to make everyone’s online presence that much safer. As new updates are welcomed, older protocols become unsupported due to discovered exploits and holes; which can be used to compromise the infrastructure and data that is being secured. Keeping security up-to-date is essential to protecting your online presence. A recently updated example of this is Transport Layer Security, or TLS. A significant portion of older and outdated mail clients use deprecated versions of TLS which just had support dropped entirely at the end of last year. If you’ve had issues receiving emails this year, keep reading about TLS 1.3 Why Your Emails Just Stopped Working.

TLS was originally released in January of 1999 in its 1.0 form, as an upgrade for the then deprecated SSL 3.0. At this time, it was used as security for a wide variety of tasks, from email to voice over IP (VOIP). TLS 1.1 was released 7 years later, in April 2006, as an improvement on the security methods already provided. 2 year later, in August of 2008, TLS 1.2 was released. The changes made in this version were significant enough to enable websites to utilize TLS to secure themselves and their users, through a groundbreaking protocol called Hypertext Transfer Protocol Secure (HTTPS). If that is familiar, it’s because you see those five letters at the beginning of every modern website you navigate in your browser. It’s how your browser determines whether or not a website is safe. Previously, this amount of security on something as light as a website was considered overkill due to the high cost of implementation, but in 2016, a campaign by the Electronic Frontier Foundation popularized the protocol. Nowadays, it is used more often than the insecure HTTP it is based off of.

Two years after HTTPS’s popularization, TLS 1.3 was released. This release arguably had the most changes from a previous version. Many additions were included for the sake of compatibility with various authentication protocols. This prompted a large number of major corporations to begin deprecation of TLS 1.0 and 1.1, and the push for widespread adoption of TLS 1.2 by any stragglers or older platforms.

While this explanation does describe why things happened, what it doesn’t describe is how you will notice this change. The most likely way you have perceived this change is probably related to email. You may have noticed in the last few months that you are suddenly unable to send or receive to certain corporate email domains. Recent updates to mail servers include enforcement of SSL (TLS 1.2 or higher) protocol. The enforcement completely rejects email coming from any mail server that is not enforcing SSL. So, if you find that your emails are not being received by certain companies, it’s likely because your mail servers are due for an update. If you can’t receive email from certain companies, you’re up to date and they are not.

If you or your company find yourselves in this frustrating situation with TLS 1.3: Why Your Emails Just Stopped Working, the team at Orange County Computer can provide the solution. We have years of experience working with mail servers and modernizing internet security protocols. Client security is our number one priority, which can also be seen by our compliance with HIPAA, PCI, and others in our Private Cloud solutions. Call us today at (949) 699-6619 and get professional, ahead-of-industry service and modernization from one of the top IT companies in Orange County! 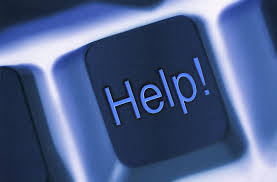 Deborah is the Operations Director at Orange County Computer and has been with the company since 2004.